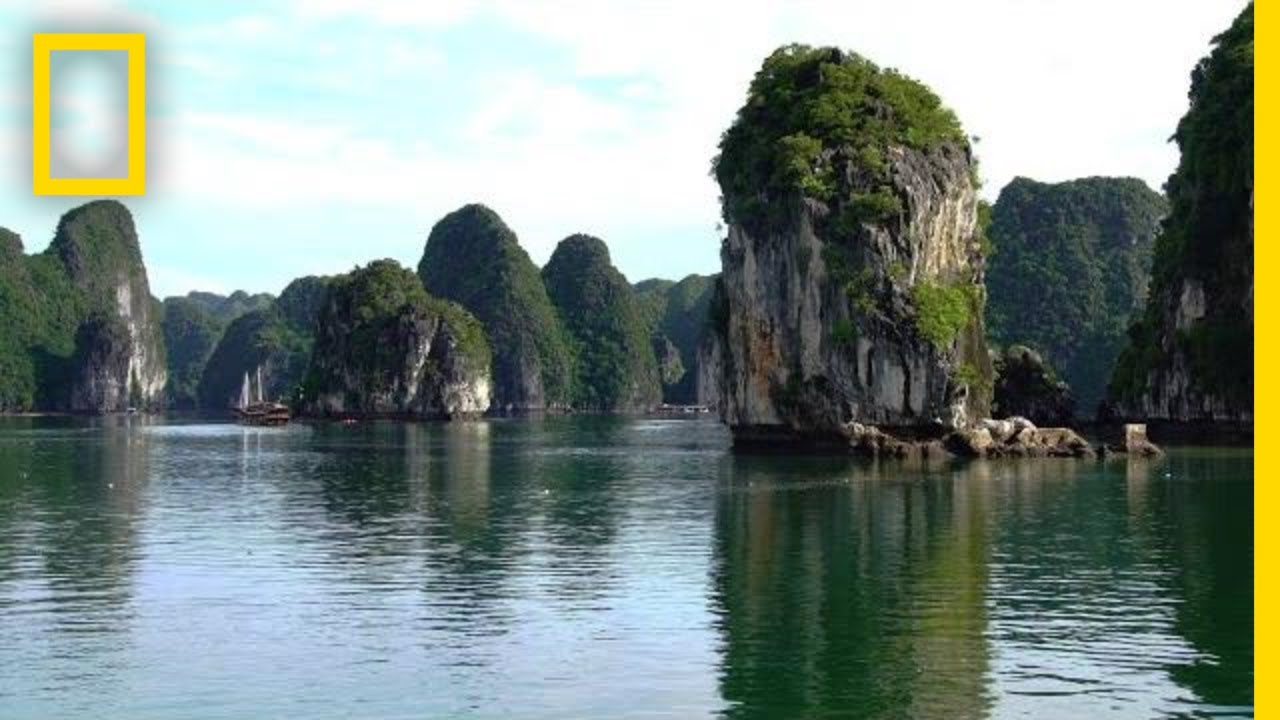 About National Geographic:
National Geographic is the world’s premium destination for science, exploration, and adventure. Through their world-class scientists, photographers, journalists, and filmmakers, Nat Geo gets you closer to the stories that matter and past the edge of what’s possible.

Some 1,600 islands, thick with greenery, form a maze of channels in the azure waters off northeastern Vietnam. Although people have lived in the region of Ha Long Bay for thousands of years, most of the islands remain uninhabited. But these coves and natural towers are rich with wildlife. For centuries, this spectacular seascape has inspired wonder.

The name Ha Long, Vietnamese for “descending dragon,” is reflected in a legend: Once, when the Viet people faced invasion, a dragon flew down from heaven to their defense. The creature sprayed not only fire, but also jewels that became the green archipelago.

The scientific explanation for the rock formations, known as karst, is also amazing. For millions of years, seashells and sediments fell to an ancient seafloor, forming solid rock. Tectonic activity raised the resulting limestone above water. Rainfall and rivers dissolved exposed rock, and carved valleys that flooded after the last ice age, creating this rare example of a karst field at sea.

Features include lakes and caves through the islands, and notches and tunnels where seawater has worn at the pillars’ foundations. The fantastic landscape also continues into two adjacent national parks, on Cat Ba Island and Bai Tu Long Bay.

You can go kayaking, caving, or even take a ride in a seaplane to experience the grandeur of these enchanting tropical islands.