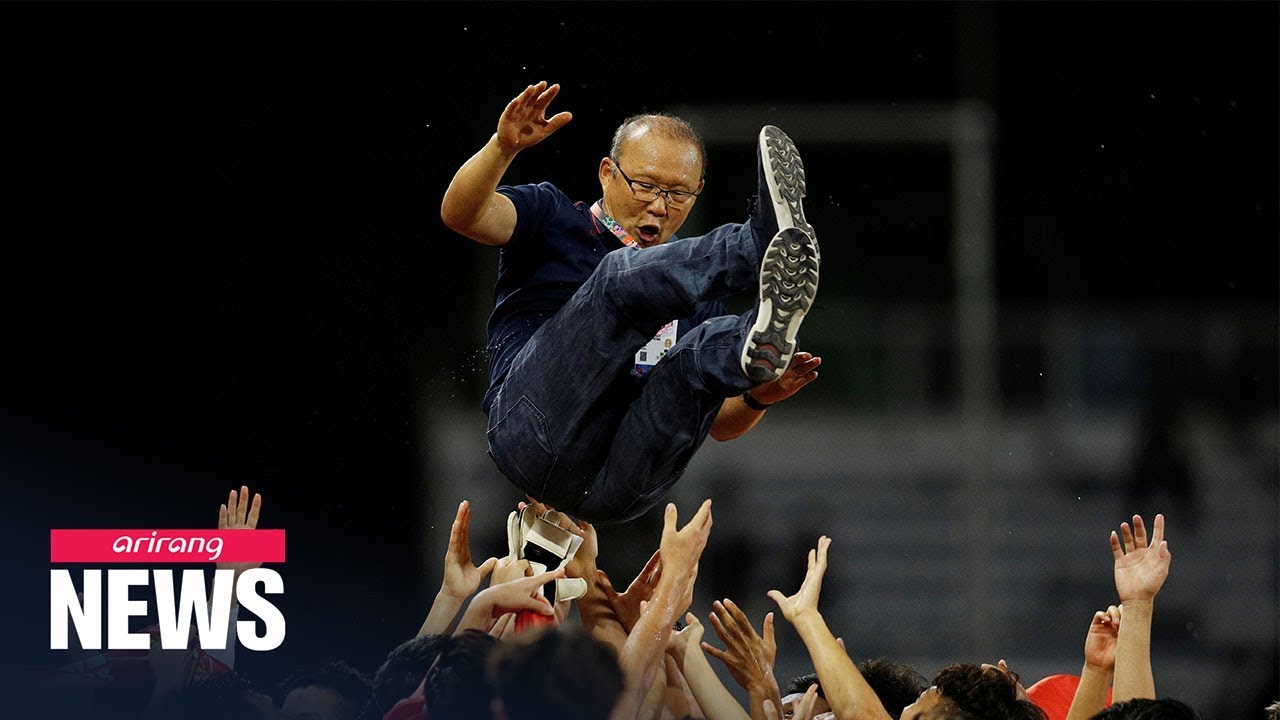 There’s no denying that Vietnam’s national football team head coach Park Hang-seo has already cemented his legendary status in Vietnam over the past couple of years.
But on Tuesday,… the South Korean coach added to his incredible success on the international stage by guiding Vietnam to a gold medal win at the Southeast Asian Games.
Lee Seung-jae reports.
Leading the under-22 Vietnamese national football team at the Southeast Asian Games,… their South Korean head coach Park Hang-seo continued his successful run,… this time claiming Vietnam’s first gold medal in 60 years.
After going undefeated with 6 wins and 1 draw,… Park’s team defeated Indonesia 3-nil on Tuesday night,… to grab the top podium spot.
But Park’s gold medal finish at the Southeast Asian Games is just the latest in a line of accomplishments with Vietnam.
Dubbed the ‘Park Hang-seo Magic’,… the South Korean head coach began his legendary run when he was tapped to lead Vietnam in October 2017.
So how much of an impact has Park had since taking over?
Before Park’s tenure,… Vietnam was ranked 121st in the FIFA rankings,… but now stand at 94th.
Vietnam’s previous best ever result at the AFC U-23 Tournament was qualifying,… but under Park’s stewardship, the team were runners up in January 2018.
Vietnam’s previous best ever result at the Asian Games was a top 16 finish,…but Park guided his players to the semi-finals last year.
Under his leadership,… Vietnam also claimed their first Suzuki Cup title in 10 years in December 2018.
But there’s little time for Park to bask in his latest glory.
With the 2020 AFC U-23 Championships taking place in January,… the team is still looking to qualify for the 2020 Tokyo Olympics.
Vietnam are also top of their group in qualifying for the 2022 World Cup so the Vietnamese people hope Park’s magic touch could lead them to even greater success in the years to come.
Lee Seung-jae, Arirang News.