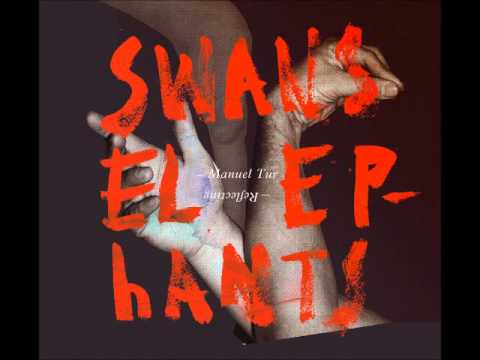 Manuel Tur has had a remarkable couple of years since his debut LP 0201 was released here on Freerange in 2009. Notching up several key releases under his own name as well as starting up the Ribn project with Langenberg and their Mildpitch label alongside Dplay, it’s clear that Manuel is intent on making his musical stamp on electronic music an indelible one.

Clearly not someone who is afraid to take risks or who prefers to stick to a tried and tested path for the sake of his fans (of which there are many!), we have seen him veering from the tougher techno-influenced jams released on the likes of Poker Flat, Ovum and Mule right through to the raw filtered-disco sound on his Delusions Of Grandeur releases Foolin’ and Beasts And The Birds. His recent remixes once again show another side to his bow taking an even more experimental electronica direction, moving a step away from the dancefloor but maintaining a heavy, driving sound with slightly darker overtones. His amazing remix of Wildbirds & Peacedrums on Dixon’s Philomena label as well as recent mixes for Jazzanova and Azari & III all plot the direction and give an insight as to what we can expect from his second LP Swans Reflecting Elephants.

Back To Me sets the scene opening with a sweet, soulful groove, whispering vocals and an 80’s pop sensibility creating a feeling of intimacy and luring you in with a false sense of what might lay ahead. Don’t be fooled because Phantom Ride soon hints at a much darker, more cinematic vibe but certainly not at the expense of energy and drive. A pounding kick and filtering synth stabs help bring across the sense of euphoria which Manuel conveys throughout the LP as the subsequent tracks oscillate between melancholy and rapture.

High Needs Low follows with a propelling track which layers up fast moving arpeggiating synths, hissing piano chords and twisted vocal samples to create a fresh and individual take on techno. Up next we have the beautiful Feel with it’s warm and dreamy atmospherics creating a sense of nebulous ambiguity. Once again, acoustic piano is pushed to the fore with dramatic strings bringing the drama to this dynamic and esoteric track.

The first of the full vocal tracks comes next and features long-term Manuel collaborator Mark ‘Blakkat’ Bell. On Maybe Next Lifetime we can once again see Manuel’s reference to the metaphor of Dali’s ‘Swans Reflecting Elephants’ with the frenetic drum track laying in stark contrast to the gentle vocals. Haunting guitar FX bring an unusual texture to the production highlighting once again the sense of melancholia Manuel has cleverly created throughout the LP.

Following the short interlude entitled Mirrors we are treated to the intense, almost frenzied sound of Obsidian. Cross rhythm vocals and fizzing analogue synth patterns all help build a sonic patchwork that reminds us of Carl Craig’s 69 releases or more recent experimental tracks from Ame.

Manuel takes us further into the deep recesses of his mind with Just Love featuring Elina Monova on vocals. Anyone who has ever wondered about the sensation of drowning, we figure that listening to this is about as close as it gets. Here we’re suspended in a subaquatic world surrounded by opaque sounds drifting in and out of focus, all helping create a wonderfully refreshing lack of definition and ambiguity.

On penultimate track Serenity Manuel pushes us further into the outer reaches of reality with a hypnotic and psychedelic track that tips its hat to the early nineties ambient music of KLF and The Orb yet bringing us bang up to date being underpinned by a driving kick.

I’m Alive completes the album with Blakkat once again delivering some haunting vocals. If proof were still needed of Manuel’s drive to experiment and push outside his comfort zone then here it is. Choosing a 6/8 time signature and with an incredible attention to detail put into the sound design we’re left feeling like we have experienced something for the first time. A certain weightlessness perhaps, a sense of melancholy certainly, but undoubtedly grateful for an insight into the mind of a determined, focused and incredibly talented producer at his very best. We hope you enjoy this very special LP!

For all press and promotion enquiries please contact
Clare Dover on clar@globalpublicity.co.uk