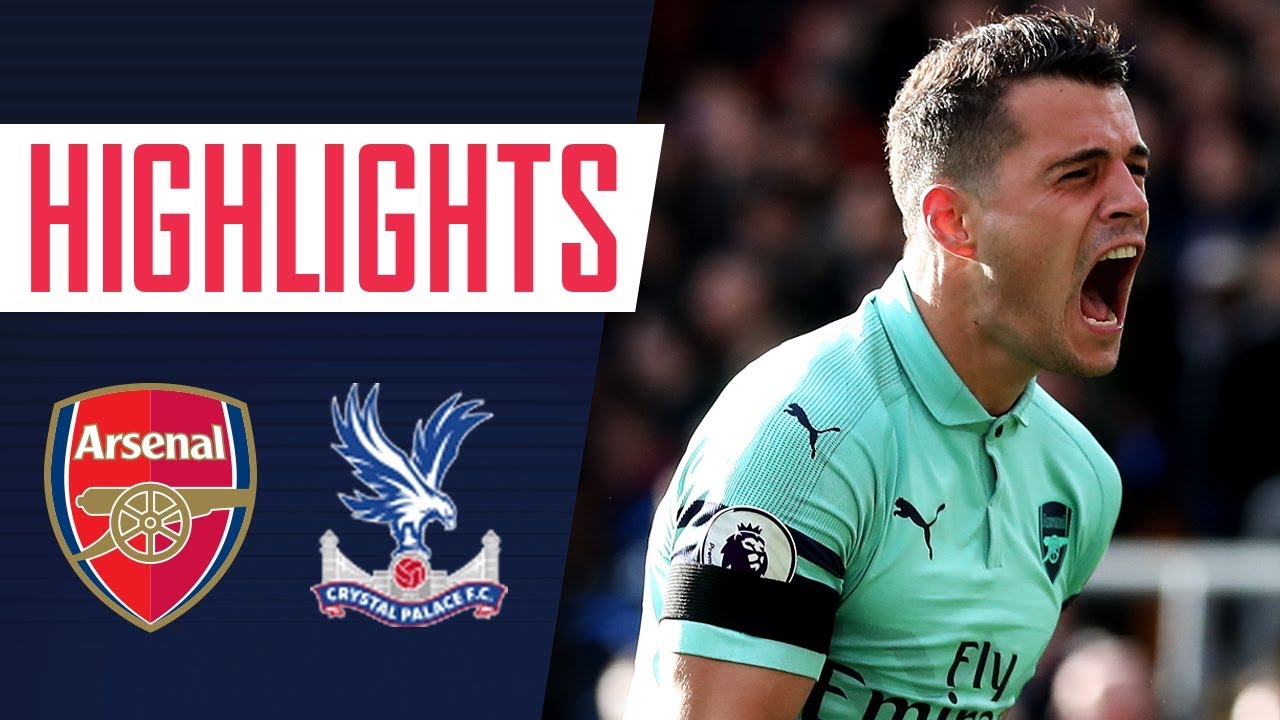 Our winning run is over after a late penalty pegged us back in south London.

Luka Milivojevic fired past Bernd Leno after Granit Xhaka was adjudged to have brought down Wilfried Zaha.

It was the Crystal Palace’s captain’s second spot-kick of the day – he had given Palace the lead late in the first half after a foul from Shkodran Mustafi on Cheikhou Kouyate.

In between Milivojevic’s interventions, we recovered from a slow start to turn the game on its head in five second-half minutes.

First, a stunning free-kick from Xhaka pulled us level.

It’s a goal that will live long in the memory, a vicious effort from just outside the corner of the penalty area that flew into the top corner.

Pierre-Emerick Aubameyang put us ahead, goalline technology confirming that his far-post finish had just crossed the line after Alex Lacazette got a touch on a right-wing corner.

But replays showed the assist from Lacazette was a handball – and that went unnoticed.

But Palace had the final word and, for the first time since August, we had to settle for a point.

For more match action, highlights and training videos, make sure you become a digital member and sign up to Arsenal Player. It’s FREE and is the Home of the Game:

This is the Official YouTube channel for Arsenal Football Club. This channel will aim to showcase the personality of Arsenal Football Club and give fans more of an insight into what it’s like to be at this fantastic club. This channel will look behind the scenes and get closer to the likes of Mesut Ozil, Pierre-Emerick Aubameyang, Henrikh Mkhitaryan, Alexandre Lacazette, Bernd Leno, Danny Welbeck, Granit Xhaka, Hector Bellerin, Petr Čech, Aaron Ramsey and more.