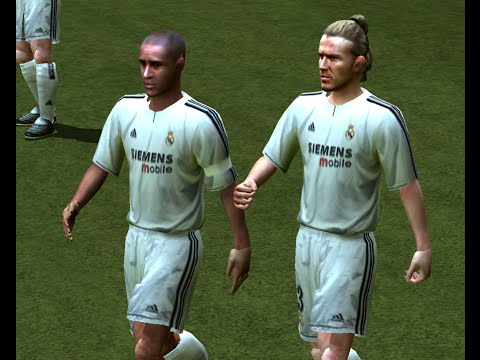 Game Info:
FIFA Football 2004, also known as FIFA Soccer 2004 in North America, is a football video game developed by EA Canada and published by Electronic Arts. It was released in October 2003 with the tagline “Create Brilliance”.

FIFA Football 2004 is the eleventh game in the FIFA series and the eighth to be in 3D. While not adding much to the engine used in FIFA Football 2003, the biggest new inclusions were secondary divisions, which allow the player to take lower ranked teams to promotion attempts. Gameplay has a new feature dubbed “Off the ball”, which allows the control of two players at the same time for greater tactical play. Another key feature was Football Fusion, which allows owners of both FIFA 2004 and Total Club Manager 2004 to play games from the management sim in FIFA. The title sequence was filmed in St James’ Park, home of Newcastle United, with the opening song being Kings of Leon’s European hit “Red Morning Light”.

The cover features Alessandro Del Piero of Juventus, Thierry Henry of Arsenal, and Ronaldinho in a Brazil kit.