Bear in the Big Blue House: Bear's Imagine That! Walkthrough 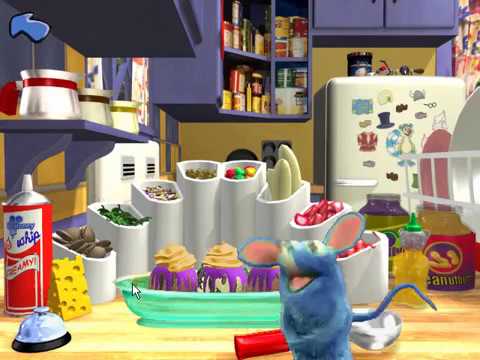 A highly-requested walkthrough for another Bear in the Big Blue House game for the PC. Three years after uploading my walkthrough of Bear’s Sense of Adventure, and after sixteen years of this game being played by Bear in the Big Blue House fans, a gameplay video for this game has finally been uploaded onto YouTube for the first time. The reason I was so hesitant on this one is because, well, the activities happen to be repetitive, and it seemed kind of hard to determine whether I’m actually adding new drawings to Ojo’s sketchpad or not.

There are five activities to play in this game, but don’t be fooled by the small amount of them. Unlike Bear’s Sense of Adventure, which takes over an hour to finish, this one takes an insanely long eight hours as I had to play all the activities multiple times in order to obtain all the drawings for Ojo’s sketchpad to be sure the game is 100% complete. Keep in mind, I did play through everything in the order I wanted to go through, but went back to some of them after a few hours as I tried to be as unique as possible in some sessions, but they didn’t seem to help, so I kept trying until Ojo finally came up with new drawings. This game is quite linear, unlike Bear’s Sense of Adventure. Here are my level-by-level comments:

Sundae Bar: This one has always been my favorite to start with. I make various ice cream sundaes for the characters by following the recipes and also for myself by adding a variety of toppings. The mouseapult minigame is really fun. I also show what happens when you miss a piece of ice cream multiple times.

Puppet Theatre: I thought this one was pretty cool. There are four different shows to watch. Note that each one has multiple outcomes, so I played each one of the shows once, then did it through again a lot more times, moved on to the next show, and did the same things over and over again. At some points, I even show what happens when you idle during a scene selection.

Pip & Pop Jam: I like this activity. It was one of my all-time favorites back in the day. There are fifteen songs, and each one of them has three variants, so I played them forty-five times in total. The songs are original and fun to listen to.

Story Maker: There’s a lot of interesting stuff to this activity. I created stories based on what was described in Ojo’s objectives and even made my own stories. Some of the music happens to be stock music as I heard two tracks in some TV shows (one on Food Network, and one on PBS), but can’t figure out what they’re called, nor where they come from.

Bear Crafts: A very nice activity about object construction and it involves concentration. Very easy stuff. I built all the in-game crafts and built my own (some of them are weird and wacky as I tried to be as unique as possible).

I actually played this game a lot during my childhood. If it weren’t for me waiting on this project, I could have let you all have the nostalgia a few years earlier. Oh well, better late than never. Plus, this is a good way to end the year 2016. This is my second longest walkthrough, alongside my walkthrough for Midtown Madness 2. Thanks for watching, and I apologize for the long patience, and enjoy!